Welcome to the official site of the Greek Composer 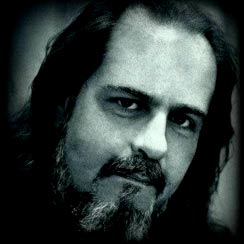 The Greek Composer George Venetsanos was born in Athens in 1966.

He studied modern and classical Percussion and Theory of Music at the Central Conservatory in Athens (Music Harmony with Kostas Klavvas), Counterpoint, Fugue,Wind & Symphonic Orchestra Orchestration and Orchestral Conducting with Nikiforos Nevrakis and Composition with the famous Composer, Conductor,Proffesor and member of the Academy of Athens, Theodore Antoniou at the National Conservatory in Athens.

He has also studied at the LSM Systems Institute, Bachelor (ΒΑ) of Arts in Administration of Orchestral Music Ensemble, with certification by Trinity College & University USA.

His Compositions include works of various music styles. He has written music for Orchestra,champer music,music for solo instruments,music for theatre, cinema,songs etc.

His works have been presented by significant Greek ensembles.

As an arranger he has arranged many Greek ensembles & orchestras (Philharmonic Orchestra of Athens, State orchestra of Greek music and others). He has also arranged and conducted the orchestra of Thessaloniki song Festival.

He is a member and arranger of the Philharmonic Orchestra of Athens and also teaches Theory of Music,Orchestration and Composition at Alpha Conservatory and theMunicipal Conservatory of Petroupolis.

He is a member of the Greek Composers Union.